A field of sunflowers! 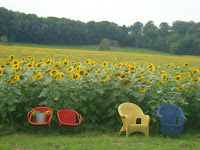 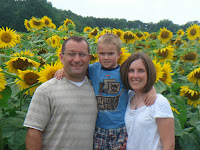 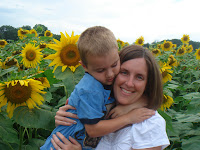 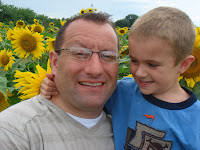 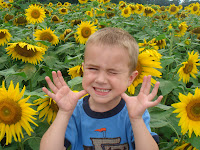 I have always said that sunflowers remind me of Brextin - since they come in so many different sizes and colors. Right now I envision Brextin as a 2 foot drawf size sunflower - yet in the years to come he will grow as tall as the 8 to 10 foot sunflowers that are seen in the above photos. The flowers are so beautiful and bring back happy memories from his joyous life that he shared with us. He will be forever missed!
These photos where taken on a farm in-between Altoona and Fall Creek on a farm owned by Sara Sivertson. She came up with the plan to plant sunflowers on the day that her daughter gave birth to a beautiful daughter. Next year she plans on planting even more flowers - I guarantee we will be back for more photos next year!
Posted by Brextin's Hope at 7:37 PM 2 comments: